Ulcers can grow to appear inside different areas of the digestive tract, so how do you deal with it? How do we treat it? Especially stomach ulcers?  Here are 8 natural recipes for treating ulcers. Ulcers can occur and form in the lining of the skin.' stomach, and it is considered a common medical condition in general, and there are many factors that can contribute to its emergence, such as: tension and stress, smoking, alcohol, and excessive consumption of certain medications.

Peptic ulcers are open sores that develop on the inside lining of your stomach and the upper portion of your small intestine. The most common symptom of a peptic ulcer is stomach pain.

The use of natural plants very often gives positive results and allows frequent healing of ulcers. Being natural products based on plants and herbs, our herbal teas have no side effects, either on the body or on health.

Our natural remedy is not dangerous unlike drugs which can cause other digestive problems. You can therefore heal your ulcer without fear of side effects.

We will go over the following 7 natural recipes that scientists are likely to have very positive benefits for in treating digestive system ulcers . 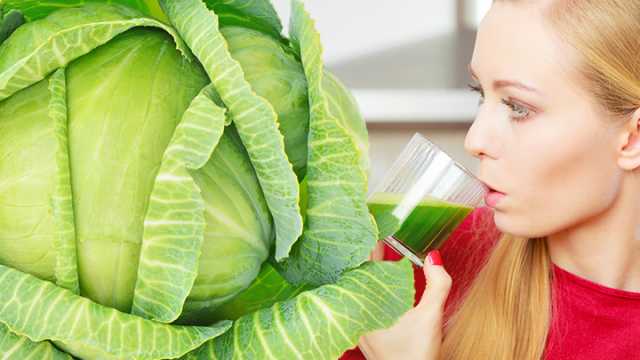 Cabbage is usually considered l'  one of the natural prescriptions known to treat ulcers, but it is one of the first remedies that doctors used in times when the world did not yet know the antibiotics.

Scientific studies have shown that the richness of cabbage in vitamin C is responsible for making cabbage a food that naturally fights the infections that cause stomach ulcers..

The strange thing is that some studies have shown that consuming cabbage juice daily helped heal ulcers in the stomach and upper regions of the digestive tract in a group of patients faster than usual traditional medicine 3.5 at 6 times the speed!

In another study which included patients in whom conventional treatments did not work, it was found that 81% of them had completely healed the ulcer in just one week after consuming cabbage juice regularly..

Licorice is a type of spice and spice common in the Mediterranean region, an ancient medicinal recipe used for several therapeutic purposes.

Some studies have shown that licorice root may have preventative and therapeutic properties against ulcers, as licorice stimulates the digestive tract to produce more mucus which protects the lining of the stomach and helps treat ulcers..

But you should pay attention here to the following points:

These studies were based on licorice supplements, not spices as we know them.

The licorice candy rich in sugar should not be confused with dry licorice root with healing properties.

Other studies have shown that licorice has no effect on ulcers, which can make it unnecessary in some cases..

Taking licorice can interfere with how some medicines work, leading to complications such as muscle pain and numbness in the extremities.

Honey is one of the foods rich in antioxidants with great and numerous health benefits, including accelerating the healing of wounds, preventing their onset, and healing and preventing ulcers..

Plus, honey's antibacterial properties may help fight some common bacteria and infections that cause ulcers.. But research and studies are still in their infancy regarding the ability of honey to treat ulcers.

Garlic is a common food rich in antibacterial and antibacterial properties! Some studies have shown that garlic extract has the ability to speed up the healing process of ulcer and reduce the chances of it occurring in general..

And recent studies have shown that eating two garlic cloves a day for 3 consecutive days has greatly reduced bacterial activity in the stomach lining of ulcer patients, but studies are still in their early stages at this point. respect!

Turmeric is a popular and versatile spice, especially in India, the component of curcumin than contains turmeric a many and varied healing properties, including the promotion of cardiovascular health .

Recent studies by animal researchers have started to show promising results regarding the ability of curcumin to treat ulcers and increase the secretion of mucus in the digestive tract to protect the stomach lining from any allergens or irritant.

In a study by scientists on 25 patients, it was found that eating 600 grams of turmeric 5 times a day for several weeks helped to completely heal about 76% of them from ulcers.. 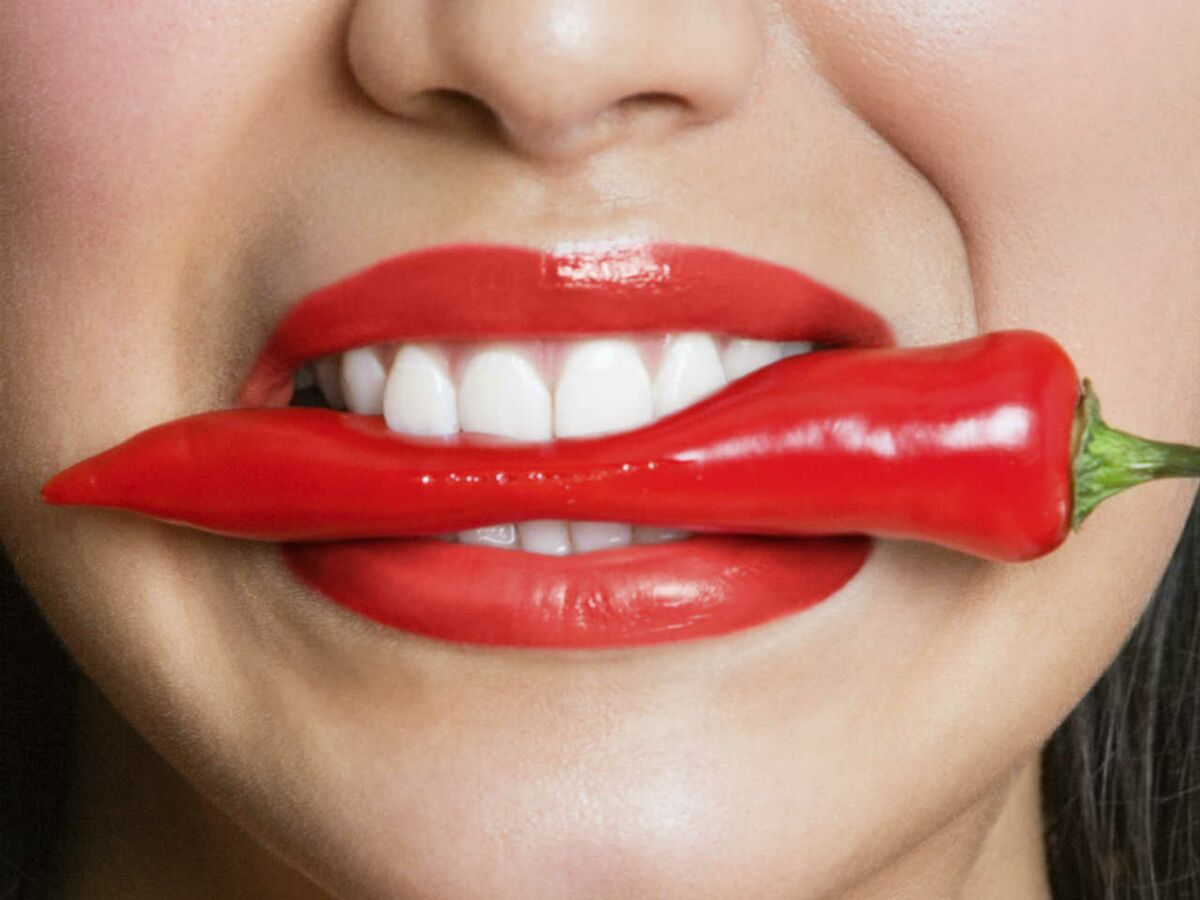 Although people with ulcers are generally advised to avoid chili peppers completely, some recent studies by scientists have started to suggest otherwise, and that chili peppers have the potential ability to heal stomach ulcers..

It contains capsaicin which:

It is considered to be an active ingredient which can reduce the amount of acid produced by the stomach.

Increase blood flow to the lining of the stomach.

Increases the production of mucus in the stomach.

These factors all help heal ulcers and reduce the chances of them happening.. 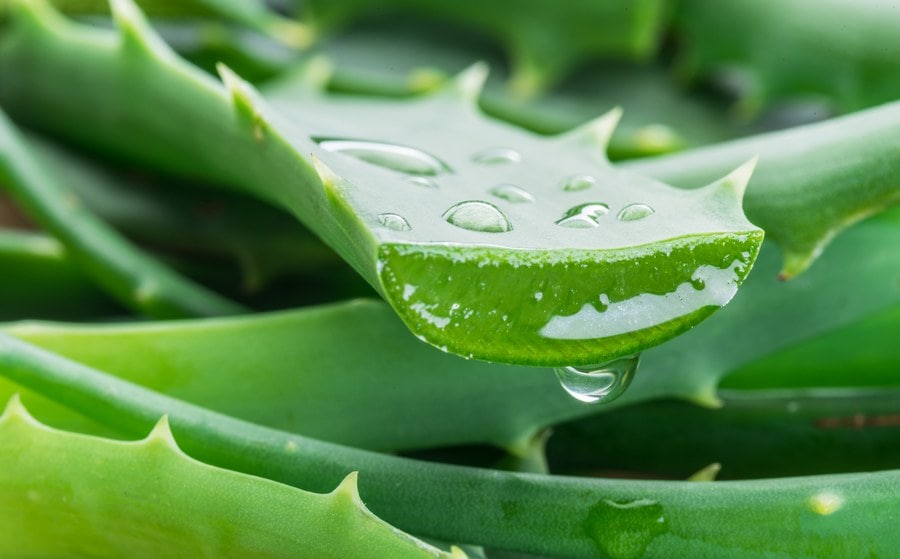 Aloe vera is generally used for many cosmetic and medicinal purposes, especially in the treatment of hair and skin problems. A study found that regular consumption of aloe vera or aloe vera gel helped to significantly reduce the amount of acid secreted in the digestive tract.

Consumption of patience gel is considered safe and healthy.

As we've learned about a group of natural ingredients and foods that help treat ulcers and protect them, there are some other foods and drinks that have negative effects on ulcers, so it's best to avoid them completely or to reduce them by the ulcer patient, in particular: